Before the campaign for BRISTOL Board Game Table launches, we’re spending lots of time testing it with all sorts of games. Our most recent session included Core Space - a game created by an UK based Battle Systems company. Like many other miniature games, Core Space requires a bigger surface if you want to enjoy it in its full glory. BRISTOL’s additional features can also enhance the gameplay, deepen the immersion and make your battles even more enjoyable.Let’s take a look at the game and see how it plays on our newest table. 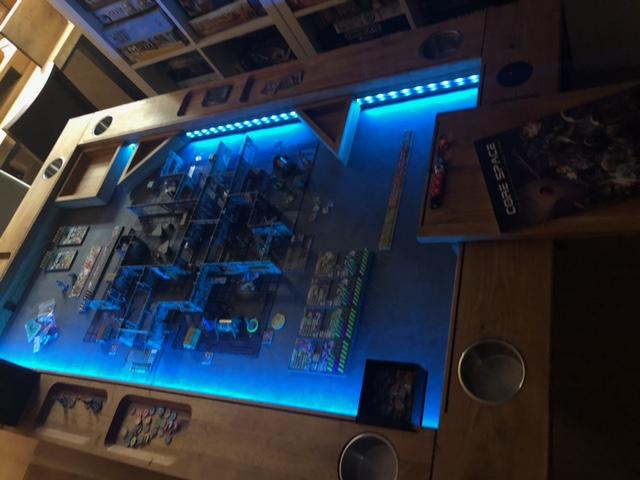 Core Space is a SF-themed miniatures game set in a universe threatened with complete annihilation by the intelligent machine forces known as The Purge. While saving the world might be impossible, bands of salvagers still want to make some buck, even if the galaxy might turn to ashes as soon as tomorrow.

In the game you play as teams of Traders who want to earn money and survive all dangers lurking in this morbid world. The game is played with 1 to 6 players at once. Interestingly, Core Space can be played both competitively as well as cooperatively. Players who want longer experiences, can tackle the campaign mode made of numerous missions. In all of these players try to survive, salvage materials and successfully escape back to their vessel. 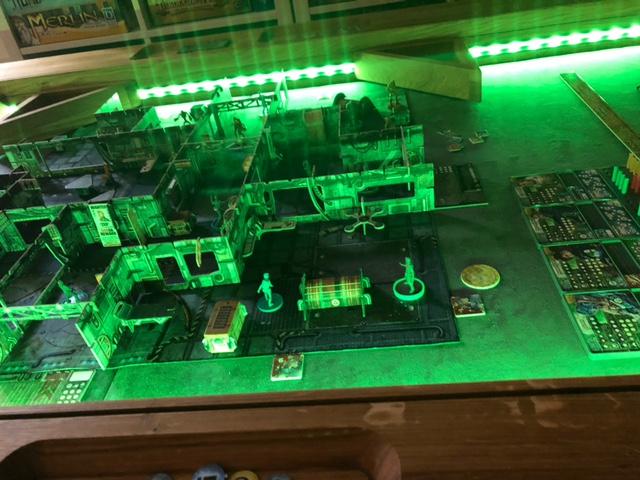 The variety of products in the Core Space franchise is huge: from smaller and bigger expansions to alternative starter sets. All of these are filled to the brim with minis and environment components like walls and buildings that create an entire 3D map. We cannot stress how much we love their designs and the attention to detail. Their table presence is hard to match, although the game gets a lot better when you have enough space to play. Luckily, with Geeknson’s newest BRISTOL table you can forget about this problem right away.

Improve Your Experiences With BRISTOL 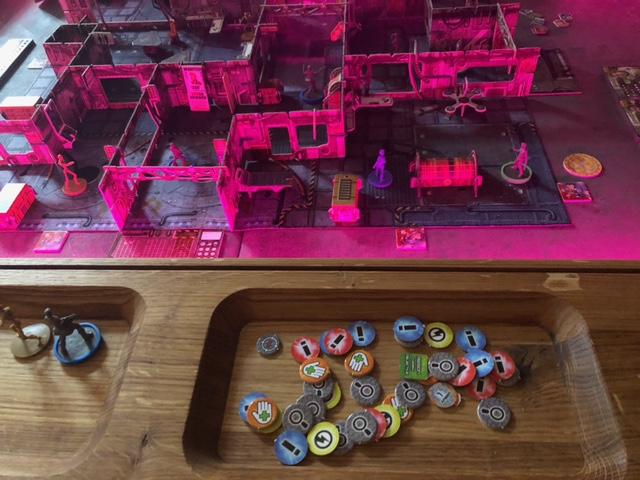 Apart from a wargame friendly size, BRISTOL can improve the gameplay of Core Space and other miniature games by miles. First of all the depth of the vault allows for saving your games. You may think that getting all these buildings and structures below the wooden leaves might be impossible, but in fact: they fit in perfectly and can be covered easily.

Next: we loved how the LED lighting allowed for even more immersion. Making the whole map light up in bluish colours led to an even more eerie atmosphere, especially when we played it at night. Just check out the photos below. 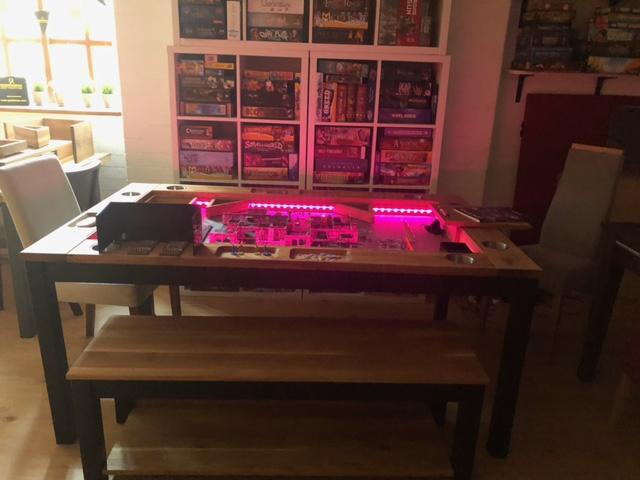 If you like wargames or you’re a Core Space player, BRISTOL Board Game Table will be a perfect choice for you. The Kickstarter campaign is set to launch on April 8th, but we’re holding a special giveaway, which will award 1 lucky winner with BRISTOL table even before the campaign (we will send it when shipping begins). Check out the link below to participate.